May be because Tonheli (同和里) is less known than Xiguang (西关), and the houses were built by the people not so wealthy, the few old houses left in Tonheli don’t seen to be fixed up like in Xiguang.  I don’t know for how long these old houses can standed up in the modern city.

A charming old house in Tonheli(同和里).

The street with few hundred years old trees, next to the old house.

A street with 30 years old trees, in the other side of the same city. This photo was taken just after the typhoon Youte. 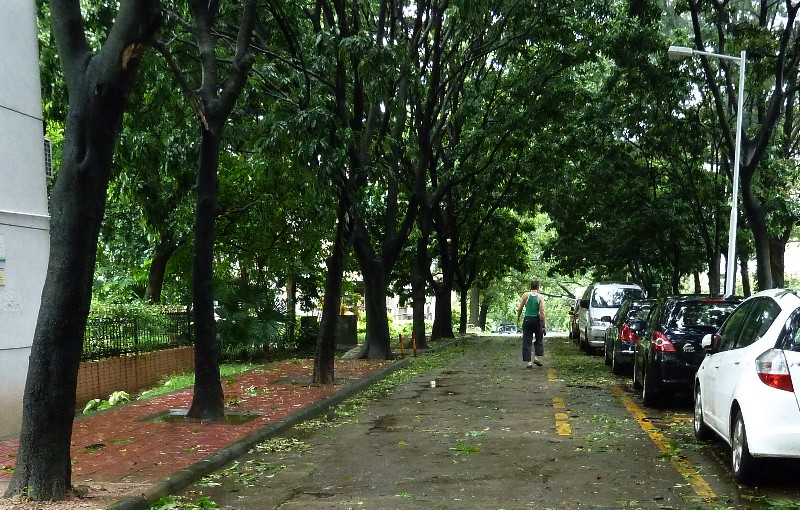