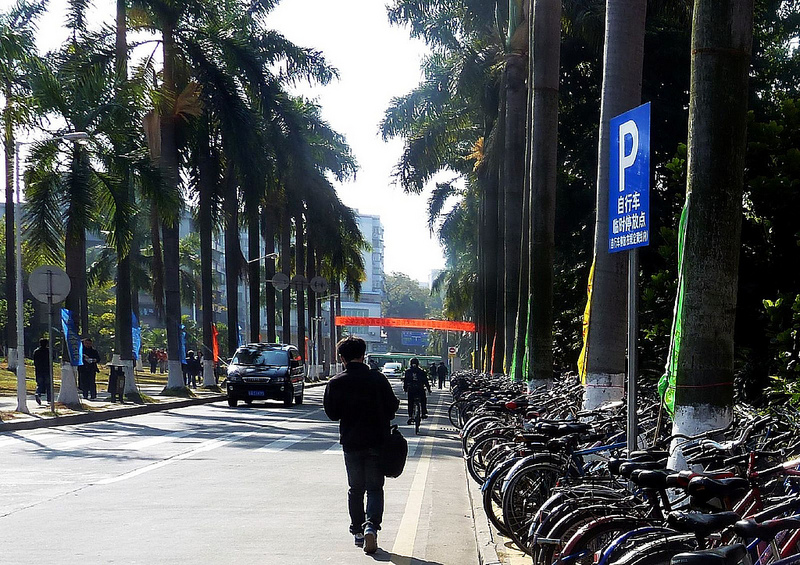 A University campus in Guangzhou, South China, a city in the city, one can live his entire life inside.

It used to be a suburban of Guangzhou, little by little,  it merged to the urbanization of the big city. The picture was taken(december 2011) outside the underground station which is next to the campus’ main entrance,  people leave their bikes to pick up the metro.

AND, that’s where I spent my childhood and youth.